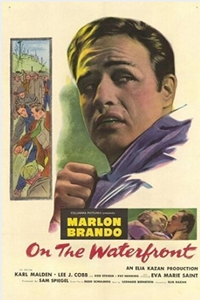 Join us for a month long exploration of Classic Academy Award Winners at the ESQUIRE THEATRE leading up to The Academy Awards on February 9th. We continue with Best Actor!

ON THE WATER FRONT won a whopping EIGHT Oscars in 1955 including Best Actor for Marlon Brando. He WAS a contender, and he won!

The Man Lived by the Jungle Law of the Docks!

Certified Fresh on Rotten Tomatoes with a 98%, the Critics Consensus: "With his electrifying performance in Elia Kazan's thought-provoking, expertly constructed melodrama, Marlon Brando redefined the possibilities of acting for film and helped permanently alter the cinematic landscape."

Synopsis: An ex-prize fighter turned longshoreman struggles to stand up to his corrupt union bosses.