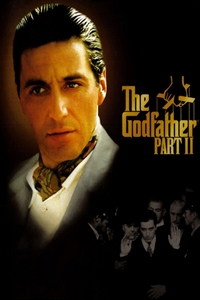 Join us for a month long exploration of Classic Academy Award Winners at the ESQUIRE THEATRE leading up to The Academy Awards on February 9th. We conclude with Best Picture!

THE GODFATHER: PART II was nominated for an impressive ELEVEN Oscars in 1975, taking home 6 including Best Picture, Best Director and Best Screenplay! This was the first sequel to win the Academy Award for Best Picture.

All the power on earth can't change destiny.

Certified Fresh on Rotten Tomatoes with a 97%, the Critics Consensus: "Drawing on strong performances by Al Pacino and Robert De Niro, Francis Ford Coppola's continuation of Mario Puzo's Mafia saga set new standards for sequels that have yet to be matched or broken."

Synopsis: The continuing saga of the Corleone crime family tells the story of a young Vito Corleone growing up in Sicily and in 1910s New York; and follows Michael Corleone in the 1950s as he attempts to expand the family business into Las Vegas, Hollywood and Cuba.