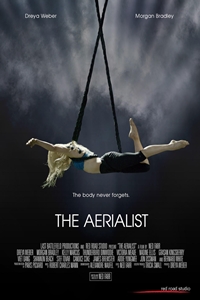 The story is about Jane The Hawk Hawkins, a former Olympic gymnast now making a late career as an aerialist, who arrives in LA to start rehearsals for the final tour of an aging pop diva named Aurora. She and the rest of the dancers, who have been with Aurora for over a decade, have two weeks to get the Farewell Tour ready for the road. Tensions quickly arise when Xavier, an up and coming choreographer, is brought in to direct the show. Like a wrench thrown into a well-oiled machine, Xavier creates conditions that cause members of the old dance troupe to drop out, while Jane, risking every relationship that matters, struggles to keep her job alongside new dancers half her age, pushing her body to it's limit and beyond. This narrative drama, set in the dangerous world of aerial acrobatics and drawn from experiences lived by its star, wrestles with issues of ageism, family, and the price paid for a show that must go on.